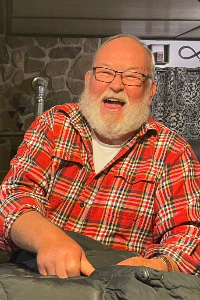 John graduated from Thornton Academy in 1974, where he also attended Biddeford Vocational School for Automotive Technician and Welding training. He was a callman at the Saco Fire Department and worked as a welder at the Portsmouth Naval Shipyard. He was also a mechanic and worked at the City of Saco, City of Scarborough, and the Maine DOT. In his free time, John enjoyed building race cars and racing them at Beech Ridge Motor Speedway.


John is survived by his wife, Sonya (Haley) Booth. His daughter Michelle (Booth) Merrill, and her husband William Merrill. His son James Booth, and his partner Mindy Thorne. His granddaughters Jazmin and Jianna Booth. Along with his step-children - Richard Jr LaBelle, Travis LaBelle and his wife Amanda, and their children Jayde and Ella. Nicholas LaBelle. Daryl LaBelle. His sister Nancy and her husband David Blunt, along with his nieces and nephews.

Visiting hours will be held on Monday Dec. 20 from 6 - 8 PM at the Chad E. Poitras Cremation and Funeral Service Chapel, 498 Long Plains Road (Rt. 22) in Buxton.

In lieu of flowers, please consider a memorial contribution made to either of the following;