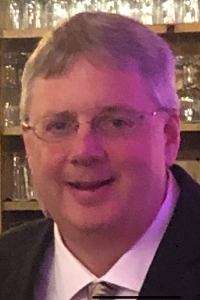 Born in Brighton on February 15, 1967, he was the son of Catherine A. (Courtney) Grimes of Medway and the late Donald F. Grimes.

Scott was a lifelong resident of Medway, graduated from Medway High School in 1986 and earned an associate degree from Mass Bay Community College.

He worked as a Systems engineer for many years, he was the former Owner/CEO of Highway Computers in Medway and most recently was employed by the TJX Companies as a contract engineer.

Scott was a member of the Boggestowe Fish & Game Club in Millis and the Franklin Elks Club #2136. He enjoyed doing carpentry, playing darts and playing the piano.

He is also survived by many nieces and nephews and his former spouse Shauna Grimes of Medway.

Relatives and friends are invited to attend graveside services on Saturday May 14th at 1:00 p.m. at St. Joseph Cemetery, Oakland Street in Medway followed by a Celebration of Life, outdoors under the pavilion at Boggestowe Fish and Game Club, 247 Ridge Street in Millis at 2p.m.

In lieu of flowers, donations may be made in Scott’s memory to the Boggestowe Fishing & Game Club, 247 Ridge Street, Millis, MA 02054, Attn: Club Treasurer.

Arrangements are under the care of the Ginley Crowley Funeral Home 3 Barber Street in Medway (www.ginleyfuneralhomes.com).