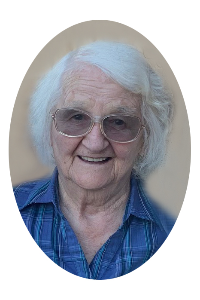 For many years she was employed at Wes-Pine Millwork, Inc. in Hanover. A champion bowler, Marie bowled on the Village Café Bowling Team and continued bowling into her 80’s. Marie had an open door policy for everyone she met. She also enjoyed bingo, puzzles and spending time with her grandchildren. She was a former communicant of St. Edward’s Church.

Marie was the grandmother of Jessica Klemp and her husband Jason, and Matthew McKee; great grandmother of Jason Klemp, Jr., Jennamarie Klemp, Brittney Mikulski and her “extra” granddaughters Kimmy and Ariana Edwards. She was the aunt of Rene and Charlene Lupica and John and Joe LeMoing, as well as many other nieces and nephews. Marie is also survived by her dog Paco. She was loved by all who called her auntie, gram, or whoever had a seat at Sunday dinner.

A Graveside Service will be held at 10:30am on Wednesday, December 8, at Knollwood Memorial Park, Canton. Donations may be made in Marie’s name to Papa’s Pet Project, 14 Manomet Point Road, Plymouth, MA, 02360.