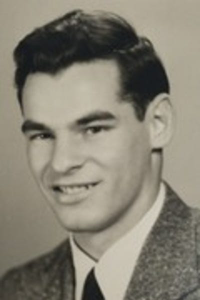 Kennebunkport, ME — Richard Edgar Jussaume died peacefully at home on November 28, 2021. Born in E. Douglas, Massachusetts, Richard enlisted in the Navy and retired with the Air Force, proudly serving his country. Hobbies included watching sports, movies and enjoying ice cream which was always a favourite any time of the year. Richard enjoyed puttering around in the garden and smoking good cigars. Everyone that knew him described Richard as a kind man with an incredible smile. Most importantly, he loved, and was beloved, as Husband, Father, Pépé and Brother. He is survived by his wife, Hannah, of Kennebunkport, ME; daughter Tracy, of Greenville, SC; son Richard, his wife Carolyn and their two children – Daniel and Peter – of Acton, MA; his daughter Renée Dozois, her husband John – and their three children – Jeffrey, Claire and Stephen – of Holden, MA. He is also survived by his sisters Rosemarie Rae and Beverly Kozlowski; and brother Kenneth Jussaume.