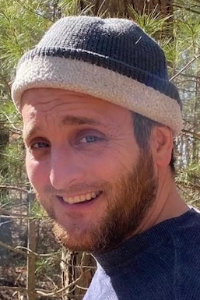 He leaves his wife of 6 years, Heather R. Walton-Cregg; 2 daughters, Julia and Mila Cregg and a step-daughter, Trinity Walton, all of Moosup; his parents, Dennis P. Cregg, Sr. and Katherine A. “Kathy” (Spitz) Cregg of Webster; aunts, uncles, cousins and many friends. He also leaves his beloved American Staffordshire Terrier “Papa.”

He was born on October 2, 1981 in Worcester and raised in Webster. He graduated from Bartlett High School in 1999 where he was a guard on the varsity basketball team and played third base on the varsity baseball team. He earned an Associate Degree from Quinsigamund Community College Worcester and then completed courses at Salem State College. He lived in Connecticut since 2005.

Mr. Cregg first worked as a dog trainer in Rhode Island. He was currently a truck driver for Matty’s Trucking in North Grosvenordale.

An outdoors man, Dan enjoyed sky diving, hiking, and tending his annual vegetable garden. He was an enthusiastic fan of all sports, in particular the Boston Celtics, the New England Patriots and especially the Atlanta Braves.
He liked the Wu-Tang music group.

His funeral will be held at 11:00 AM Monday, December 6, in Saint Louis Church, 14 Lake Street. Webster. Burial will be in Calvary Cemetery, Dudley. The family will receive relatives and friends at the church from 10:15 to 11:00 AM that day. Donations in his name may be made to the Cregg Children’s Education Fund, c/o Bank Hometown, 4 Gore Road, Webster, MA 01570. Arrangements are under the direction of Scanlon Funeral Service, 38 East Main Street, Webster, MA.