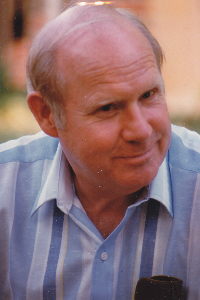 John Roscoe Swafford, 87, of Anderson passed away on November 25, 2021 at his residence following an extended illness.

He was born on December 18, 1933 in Livingston, Tennessee to Frank and Clannie Mae (Sutton) Swafford.

He was employed in production at Nicholson File and later as a janitorial engineer for Anderson Community Schools for more than 40 years and retired in 1994. He served in the US Air Force. He loved woodworking, yard work and gardening. He was a member of Grace Baptist Church.

He was preceded in death by his parents and 4 siblings, Robert, Roy, and Ray Swafford and Reba Jernigan.

A memorial service will be held at Grace Baptist Church with burial in Bronnenberg Cemetery at a later date.