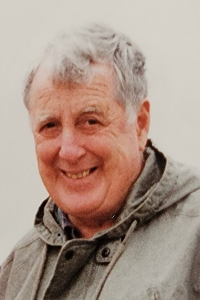 
John was a graduate of Northeastern University and a retired employee of Boston Edison.

A visitation will be held at the George F. Doherty & Sons Wilson-Cannon Funeral Home, 456 High St., Dedham on Monday, Nov. 29 from 8:30-10:15am followed by a Funeral Mass in St. Mary’s Church, Dedham at 10:30am. Relatives and friends kindly invited. Interment in St. Joseph Cemetery, West Roxbury.

In lieu of flowers donations may be made in John’s memory to the Alzheimer’s Association, 309 Waverley Oaks Rd., Waltham, MA 02452.