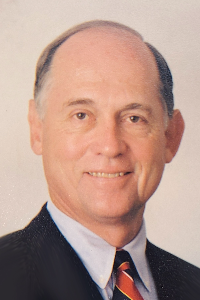 
Easton, MA - MacKenzie “Mac" Smith longtime resident of North Easton, MA and most recently Naples, FL passed away peacefully on November 9, 2021 surrounded by his loving family. He was the husband of Jeanine M. (Sullivan) Smith for 56 years.
MacKenzie was born on April 4, 1941, the son of the late Graham F. and Elsie R. (Ruth) Smith of Easton. He grew up on Pond Street and graduated from Oliver Ames High School, class of 1959. His strong work ethic and attention to detail started at a young age while working with the grounds crew at the Ames Estate in Easton. After two years at Colby College in Maine, he joined the Army Reserves and graduated from the USA Infantry School as an Infantry Unit Commander and Second Lieutenant at Fort Dix, NJ.

MacKenzie was a third-generation insurance agent who started his distinguished career at the Phoenix Insurance Company in Boston before joining his family-owned agency, Albert G. Smith and Sons. This later became the Smith, Buckley & Hunt Insurance Agency in Brockton where he worked with his father and uncle. His two sons Jim and Graham later joined him until his formal retirement in 2014 when Eastern Insurance acquired the agency.

Golf became a huge part of his life as a young boy first working as a caddy at Thorny Lea Golf Club in Brockton and later becoming a lifelong member and serving as President of the club. He was also a member at Lely Resort in Naples, FL. In addition, he was a USPGA rules official at many local tournaments.

An active member in the community, he served on several boards and committees such as Easton Housing Authority, People’s Savings Bank and Stonehill College. He also served as Chairman of the Board of Trustees at Goddard Memorial Hospital/Good Samaritan Medical Center.

He was a fan of all New England sports teams and enjoyed being outdoors whether it was tending to his yard or his beloved vegetable garden. He was always ready to join in a pickup game of basketball with his kids and their friends. When in New Hampshire, you could find him fly fishing in the Pemigewasset River or skiing at Loon Mountain where he and Jeannine had a second home for many years.

In addition to his wife, MacKenzie is survived by his three children: Angela Adams and her husband Jonathan of Thornton, NH, James Smith and his wife Kim of West Bridgewater, MA and Graham Smith and his wife Michele of Taunton, MA; his cherished grandchildren: MacKenzie Adams of Greenville, SC, Leeson Adams of Boston, MA, Tessa, Mia and Gianna Smith of West Bridgewater, MA and Lauren, Sean and Caitlin Smith of Taunton, MA; his sister Cynthia VanSwearingen of Chicago, IL and several nieces and nephews.

A Mass of Christian Burial will be held at The Immaculate Conception Church, 193 Main St., North Easton, MA on Saturday, November 27, 2021 at 10:00 AM. Interment will be private.
In lieu of flowers a donation to the Alzheimer’s Association in MacKenzie’s name would be greatly appreciated.