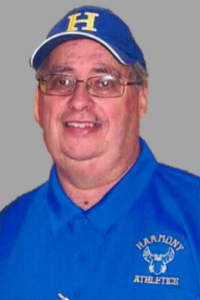 Pastor Guy Robert “Fergy” Ferguson, 73, of Hillsdale, PA passed away into the presence of His Lord & Saviour on Sunday, November 7, 2021 at Indiana Hospital in Indiana, PA. He had been serving as the Pastor of Hillsdale Assembly of God Church for the past sixteen and a half years.

He was preceded in death by his parents: Tom and Sarah (Price) Ferguson; his brother Tom; his sister and brother-in-law Carol and Byron Murphy and his sister-in-law: Sharon.

Prior to coming to Hillsdale, he pastored in Manheim for four years, Philipsburg for thirteen and a half years; Red Lion for ten years, Beaver for one year and Orbisonia for six years.

Fergy was very active in the Hillsdale community. He was a substitute teacher for many years in the Purchase Line and Harmony School Districts. Fergy will be remembered for the candy he would hand out to the students, which they greatly enjoyed. He also kept the books for the Purchase Line Girl’s basketball games and the Purchase Line Boy’s baseball team.

He was part of a group of retired men who met for breakfast every morning at Gibson’s Restaurant (formerly Pardees.) Fergy could be seen around town almost every day at the Post Office and Dollar General talking and visiting with his neighbors.

Fergy greatly enjoyed going to sporting events with his three sons. He was an avid fan of all the Pittsburgh teams. He made an effort to get to as many of his grandchildren’s sporting events as possible.

Family and friends will be received from 6-8:00 p.m. on Tuesday, November 16, 2021 at the Purchase Line United Methodist Church at 17107 Rte 286 Hwy East Commodore, PA 15759. On Wednesday, November 17, 2021 visitation will continue from 10:00 a.m. until the time of the 11:00 a.m. funeral service at the church with Pastor Raymond Hill officiating. Interment will take place at Thompson Cemetery, Hillsdale, PA.

In lieu of flowers, donations can be made in Bob’s memory to the Hillsdale Assembly of God Church at P.O. Box 69, Hillsdale, PA 15746.

The Rairigh Funeral Home, Ltd. in Hillsdale, PA is assisting with arrangements. Visit www.rairighfh.com to sign Fergy’s guestbook and share a condolence message.