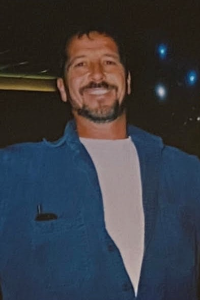 Born in Brockton, Massachusetts in 1964, youngest of four children of Harold Leonard and Janetta Leonard.

He graduated Whitman-Hanson High School in 1982, and for 37 years has worked in construction.

He had one of the kindest hearts and would do anything for anyone at no cost. He loved his Harley Davidson Soft Tail Slim Bike and going on runs and rides with all his buddies, spending time up in Maine around the pond. He also enjoys working on odd end jobs and doing anything outdoors. When he actually came in to relax you could always bet money on him watching Chicago P.D. or NCIS.

He was the loving father of two daughters Katielee Leonard of Whitman Massachusetts and Jessicalynne Leonard of Lowell, Massachusetts. He was the beloved partner of Kathy Cesarini for 21 years. He was also the beloved brother of Cyndy Kawadler, deceased sister Debra Leonard and deceased brother Harold Leonard. Along with a brother-in-law Rob Kawadler and two nephews Brandon Kawadler and Tyler Kawadler.

Friends and family are invited to attended visiting hours on Thursday November 18 from 4-7 PM in the Blanchard’s Funeral Chapel, Plymouth Street (Rte. 58 @ the rotary) Whitman. Graveside Services will be held on Friday November 19th at 10 am at the Colebrook Cemetery, Whitman.