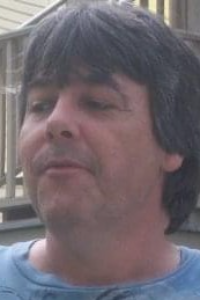 FALL RIVER… Kevin D. Fawcett, 59, of Fall River, formerly of New Bedford passed away at home on October 29, 2021.
He was the companion of Lynn Marie Lucianno of Fall River to whom he had been with for over 30 years.
Born in New Bedford, he was a son of the late Donald B. and Rolande R. (Cormier) Fawcett.
Mr. Fawcett worked for the last several years at Atlantic Lighting, Inc. of Fall River. Kevin had a passion for cooking which led him to pursue several chef jobs throughout his life as well. Along with his love for cooking, he was an avid New England Patriots fan as well and loved spending time with his family and friends.
Along with his companion, he is survived by his brother: Michael Fawcett of New Bedford and many friends.
Services will be announced at a later date.