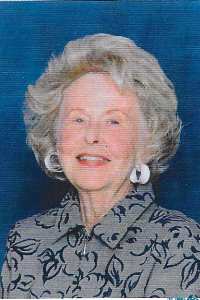 Worcester: Nancy A. Johnson, 89, of Worcester, educator, passed away on November 5, 2021 in St. Vincent Hospital.

She leaves several cousins in Arkansas, New Hampshire, Newton, MA, North Carolina, Tennessee, and Virginia. She was born in Worcester, the only child of Arthur E. and Anna (Erickson) Johnson and lived in Worcester all of her life, except for five years in Groton, MA. She graduated from North High School, Worcester in 1950 and Clark University in 1955, receiving her Master's Degree in 1957. She received her Doctorate in Education from Boston University.

Miss Johnson was a professor of education at Worcester State University retiring in 1995 after twenty-seven years of service where she served as department chair and coordinator of the graduate program in elementary education. She began her career in 1956 as an elementary school teacher in the Auburn Public Schools and continued on as the elementary reading supervisor and librarian in the Groton Public Schools.

She was a member of Trinity Lutheran Church and had worked in previous churches as teacher and a member of several church committees. She held presidential posts in the North Worcester County Reading Association, Massachusetts Association of Teacher Educators and Pi Lambda Theta, Alpha Gamma Chapter at Boston University, Delta Kappa Gamma Tau Chapter and Boston University Alumni Club of Worcester County and served as the Co-Counselor of Kappa Delta Pi, Gamma Chi Chapter at Worcester State University.

An active participant in the Brittan Square Neighborhood Association, she contributed to the historical research of that area. During her retirement she became a volunteer at the Worcester Historical Museum and a docent for the Salisbury Mansion, Preservation Worcester, and the American Antiquarian Society as well as a member of the Board of Hope Cemetery.

According to Nancy's wishes, all services will be private. A celebration of her life will be held at a later date. Nordgren Memorial Chapel 300 Lincoln St. Worcester is assisting the family with arrangements. In lieu of flowers, donations in memory of Nancy may be made to the Salvation Army Citadel Corp, 640 Main St. Worcester, MA 01608 or to a charity of the donor's choice. To leave an online condolence message, please click guestbook link.