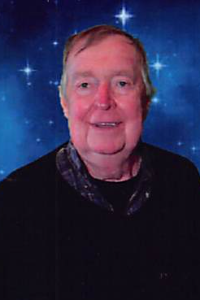 Mr. Berube was born in Worcester, son of the late William A. and Marie T. (Comeau) Berube and is also predeceased by 4 brothers, William, Robert, Joseph and Thomas Berube and a sister, Nancy Pignataro.

John attended and graduated from Auburn High School in 1965 and then joined the United States Coast Guard serving 4 years during the Vietnam War. Upon returning from service he joined the Army National Guard where he served for an additional 4 years. He later attained an associate’s degree from Quinsigamond Community College.

Mr. Berube was a dedicated police officer for the City of Worcester for over 25 years where he worked in the operations division, the motorcycle unit and spent the last 10 years of his career as the Worcester Police Court Liaison. During his career Mr. Berube was recognized as “Police Officer of the Year” in 1984 for life saving efforts that he performed on a citizen.

John was active in the community, he was the Past Exalted Ruler for the Auburn South Worcester County Lodge of Elks, past president of the Auburn Little League, past president of the Central Massachusetts Police Association and a member of the Eastern Connecticut Police Association. Mr. Berube may have been active in the community and enjoyed taking day trips to the casino, but he was truly the happiest when he was spending time with his family.

Funeral services are being held privately in Bethel Lutheran Church, Auburn with military honors in Worcester County Memorial Park, Paxton. The family invites you to watch his services online by visiting his obituary on the funeral home website any time after 10AM on Friday.

He will be missed by his family for all the days of our lives.

Memorial contributions in memory of Mr. Berube may be made to the American Heart Association 300 5th Avenue Waltham, MA 02451.