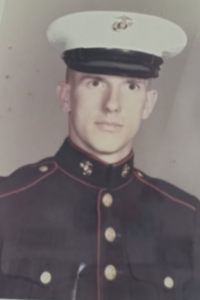 Clair was a graduate of Purchase Line High School. He earned his Associates degree in Electrical Studies at Triangle Tech in DuBois, PA and had taken classes at the Freeport Campus. He then earned his Bachelors in Ministry and Divinity at the Transylvania Bible School. While attending the Bible School, he enjoyed being a volunteer and assisted in maintenance projects.

Clair served in the U.S. Marines during Vietnam from December 1963 until December 1967 earning the rank of Sgt. E5. He was a life member of both the DAV and VFW in Sharon, PA, as well as belonging to the Vietnam Veterans of Indiana County.

He was a member of the First United Methodist Church in Sharon, PA.

A man of many interests, his career encompassed working in the maintenance department of Indiana Hospital; becoming a Minister, who created a traveling ministry and being a self-employed electrician with his firm, Boyd’s Electrical.

Some of his favorite pastimes were woodworking; horseshoe pitching; fishing and crocheting.

He was preceded in death by his parents James and Gertrude Barkey; his sister Theresa Barkey and his nephew: Rodney Barkey.

Family and friends will be received from Noon to 2:00 p.m. on Wednesday, November 3, 2021 at the Rairigh Funeral Home, Ltd. in Hillsdale, PA, where immediately following the visitation a 2:00 p.m. funeral service will be officiated by Chaplain Eric Dye of the Erie VA Medical Center. Military honors will be accorded by the US Marines and the Clymer American Legon Post #222. Interment will be at the Rowley Cemetery in Hillsdale, PA.