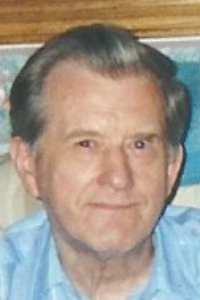 Edward J. Dustin, age 91, of Mansfield, formerly of Jamaica Plain, passed away peacefully on Monday, October 25, 2021 at the Sturdy Memorial Hospital in Attleboro.

Eddie grew up in Jamaica Plain, was a graduate of Jamaica Plain High School and during the time of the Korean War, he proudly served his country as a member of the United States Navy.

He had made his home in Mansfield for the past twenty-nine years and was a communicant of Saint Mary’s Church in Mansfield.

Eddie’s family was his greatest gift in life. He was an avid New England sports fan, whose favorite teams to cheer on were the Red Sox and Patriots and he also enjoyed feeding the birds that frequented his yard. His family will always remember him as a kind-hearted, soft spoken man who enjoyed the simple things in life.

He was the dear brother of John Dustin of Holbrook and the late Lorraine Connaughton and Marion Perkins. He is also survived by several generations of nieces and nephews, who loved him dearly.

His Funeral Mass will be celebrated on Saturday, October 30th at 11:00 A.M. in Saint Mary’s Church, 330 Pratt Street (Route 106) Mansfield. Burial with military honors will follow at Saint Joseph’s Cemetery in West Roxbury.

In lieu of flowers, donations in Eddie’s memory may be made to the Bristol Elder Services, 1 Father Devalles Blvd, Fall River, MA 02723.