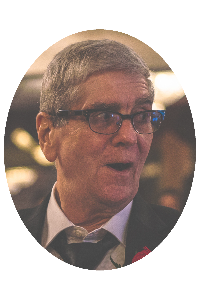 
Henry Joseph “Joe” Zarella, Jr, age 72, of Dorchester, died October 24, 2021 at Massachusetts General Hospital. Born in Boston, he was the son of the late Henry J. and Lillian A. (McKechnie) Zarella. Joe was raised and educated in Dorchester and had been a resident of Brockton before returning to Dorchester. For over 30 years, he worked as a driver for Freeman Decorating Company, retiring ten years ago. He was a longtime member of the International Brotherhood of Teamsters, Local 82/25.

Joe was independent and enjoyed spending time with his children and socializing with friends at local pubs in Boston. Daily he could be found walking at Castle Island, one of his favorite spots.

Joe was the father of Laurie Zullo and her husband John Jr. of Malden, Carol Zarella of Plymouth, Henry Zarella, III of New Hampshire, Tanya Zarella of Dorchester and Lisa Zarella and her fiancé Bill Trembley of Plymouth. He is also survived by his grandchildren Nicole McBride, Ashley Bombard, Mercedes Anderson, Gina Mazzoni, Randy Campbell and Alexis Falandys and his great grandchildren Mark Tarr, Jr., Justin Tarr, Jayden Campbell and Alaia Falandys. Joe was the beloved uncle of his niece and many nephews. He was the brother of the late John “Jack” Mulvey, longtime companion of the late Maureen A. Agabides and former husband of the late Carol A. (Hennessey) Zarella.

Visitation will be held in the Conley Funeral Home, 138 Belmont Street (Rte 123) Brockton, Monday, November 1 from 10am-12pm, with a funeral service at 12 noon. Burial will follow in Melrose Cemetery, Brockton. Donations in Joe’s name may be made to the Cancer Research Institute, 29 Broadway, 4th Floor, New York, NY 10006-3111.