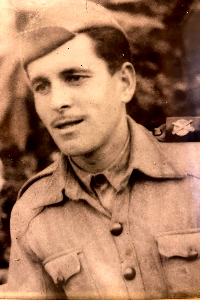 New Bedford – Luciano P. Martins, age 89, of New Bedford, passed away on Wednesday, October 20, 2021, at his home surrounded by his loving family. He was the beloved husband of the late Lucia Maria De Fatima (Bento) Martins.

Luciano was born in Sao Jorge, Azores and was the son of the late Jose Pereira Floriano and Rosa Pereira (Martins) Floriano.

He loved his grandchildren very, very much.

He was also the brother of the late Maria Leocardia Hernandez and Leodina Goncalves.

Luciano's visiting hours will be held on Wednesday, October 27, 2021 from 5:00 P.M - 8:00 P.M. at Perry Funeral Home. His funeral service will be held Thursday morning in the funeral home, beginning at 10:00 A.M. with a service to take place at 11:00 A.M. Burial will be private for the immediate family only.