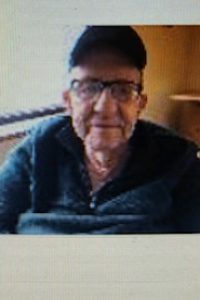 He leaves his wife of 47 years, Janet L. (Denham) Ozak; 2 sisters, Jadzia Griffiths of Leicester and Dorothy Sullivan of Sutton; nephews and nieces. He was preceded in death by his sisters Helen Zakarewicz and Theresa Fyrbeck.

He was born on January 13, 1936 in Siwicz, Poland, the oldest child of Stanley and Mary (Zienko) Oszukiewicz. The family moved briefly to Texas and then to Worcester in 1950 where he attended Saint Mary’s High School. He then lived in Leicester and Holden before moving to Webster in 2009.

He served in the United States Air Force during the Korean conflict and the Vietnam war as an airman 2nd class.

Mr. Ozak first worked as a forklift operator at CNS Grocers in Worcester. He then was a machine operator at Norton Company for 15 years before retiring in 2000.

He enjoyed dancing the polka, going fishing and occasional trips to the casino. He was a devoted husband to his wife Janet.

A graveside service will be held privately at the convenience of the family. There are no calling hours. Arrangements are under the direction of Sitkowski, Malboeuf & Hickey Funeral Home, 340 School Street, Webster.