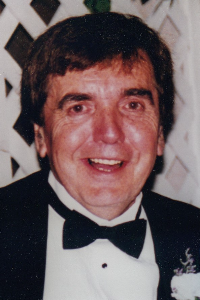 He was born in Webster, the son of Clemence J. and Cecelia B. (Kujawski) Starosta and lived here his entire life. He graduated from Bartlett High School and then earned a certificate from the National School of Meat Cutting in Toledo.

He was an Army veteran of the Vietnam War and a life member and past commander of the Polish American Veterans.

Clem worked as a local meat cutter for 50 years during which time he owned his own grocery store and catering business. He hosted a radio cooking show as well.

He was a lifelong member of Saint Joseph Basilica, serving as a lector, and as president of the parish council. He helped at the annual parish festival for many years. He was especially devoted to supporting Saint Joseph Parochial School. He chaired the Saint Joseph Church/Basilica rededication committee in 1998.

Clem devoted his life to his family and to God. When his daughters were growing up, he was a volunteer and past president of the Webster Lassie League. He enjoyed spending time with his children and grandchildren. Clem loved to tell jokes, to laugh, to spend time solving puzzles, playing cards and enjoyed buying his daily scratch tickets. He organized monthly bus trips to the Casinos for over 15 years. He was a devoted fan of New England sports teams. He also served as a member of the Webster Conservation Commission.

His funeral will be held Monday, October 25, from the Sitkowski, Malboeuf & Hickey Funeral Home, 340 School Street, with a Mass at 10:00 AM in Saint Joseph Basilica, 53 Whitcomb Street. Burial will be in Saint Joseph Garden of Peace with the Webster-Dudley Veterans Council providing military honors. Visitation will be held Sunday, October 24, from 3:00 to 5:00 PM in the funeral home. Donations in his name may be made to Saint Joseph School, 47 Whitcomb Street, Webster, MA 01570.