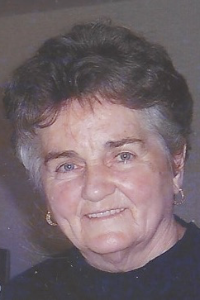 Barbara A. (Flaherty) Conley, age 87, of Mansfield, passed away peacefully, in the comfort of her home, surrounded by her loving family on Monday, October 18, 2021. She was the beloved wife of David D. Conley, to whom she was wed on October 22, 1955.

Born in Norwood, MA on August 24, 1934, she was a loving daughter of the late Peter and Mary (MacDonald) Flaherty,

Barbara grew up in Dedham and was a graduate of Saint Joseph’s Academy in Roxbury. Prior to retiring, Mrs. Conley had worked for twenty-five years as a Senior Executive Vice-President and Partner at Interpay Payroll Services in Mansfield.

A resident of Mansfield for the past sixty years, Barbara was a communicant of Saint Mary’s Church in Mansfield. She especially loved spending time with her adoring family and the many memories created on Martha’s Vineyard. Barbara also enjoyed playing cards, crafts, ceramics and pottery.

In addition to her husband of nearly sixty-six years, she is survived by her devoted children: Joseph Conley and his wife Susie of California, Diane Conley Hinchey and her husband Michael of Mansfield and Jeffrey Conley of Mansfield. She was the dear sister of Elaine Balboni of Florida and Peter Flaherty and his wife Linda of California. She was the cherished grandmother of Anna Perry, Megan Schilling, Jay Hinchey, Ryan Hinchey, Caitlin Conley and Ceara Conley, and is also survived by her loving nieces and nephews.

A Funeral Mass will be celebrated on Friday, October 22nd at 11:00 A.M. in Saint Mary’s Church, 330 Pratt Street (Route 106) Mansfield. Private burial will be held at a later date at Saint Mary’s Cemetery in Mansfield.

In lieu of flowers, donations in Barbara’s memory may be made to Hope Health Hospice, 1324 Belmont Street, Brockton, MA 02301.