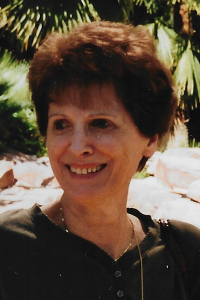 Antonette was a 90 year old widowed Catholic woman. She was born in Italy in the town of Ascoli Piceno while her family was visiting relatives, she was one of four children born to Italian American immigrants and grew up on Hanover St. in Boston‘s North End. She had two sisters Tina and Norma and a brother John. She grew up attending parochial schools in Boston.

She met her husband Joseph when she was 16 years old and they married when she was 19 and moved to Dedham where they raised their three sons Anthony, Joseph and Robert. She worked at Filene’s, Jordan Marsh, Liberty Mutual and in the Town Administrators office for the Town of Dedham. She and her husband were active at St. Anne’s parish attending mass daily.

They did not travel much when they were younger, other than that the only visits were to Cape Cod to visit Toni’s sister Norma with family down the Cape, a trip to Puerto Rico and to Bermuda with her husband after he retired. They were married 67 years and together for 70 years until he passed away suddenly in January of 2018. She liked to cook, garden, and read. When her husband was alive they would go to Foxwoods on occasion. Antonette was devout in her faith which was extremely important to her.

She was active at St. Anne’s Parish in Hyde Park and helped to clean the church when Mayor Thomas Menino died.

Funeral from the George F. Doherty & Sons Wilson-Cannon Funeral Home, 456 High St. DEDHAM on Friday, Oct. 22, at 9am followed by a Funeral Mass in St. Anne Church, Readville, Friday at 10am. Relatives and friends kindly invited. Visitation on Thursday, Oct. 21, from 4-7pm. Interment St. Joseph Cemetery, West Roxbury. Expressions of sympathy may be made to the American Cancer Society, 3 Speen St. Framingham, MA 01701.