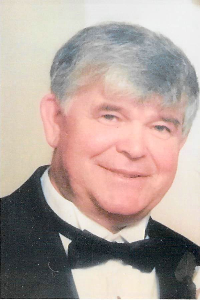 New Bedford – Dinis L. Matos, age 78 of New Bedford, passed away on Sunday, October 17, 2021, at his home surrounded by his loving family. He was the beloved husband of Maria (Goncalo) Matos.

Dinis was born in Ribeira, Quente, St. Michael, Azores and was the son of the late Joao Matos and Virginia (Sousa) Matos. He moved to the United States in 1960 where he had worked as a fisherman on various fishing vessels throughout the years. He had also been a member of the Portuguese Sports Club.

Dinis is survived by his wife, Maria Matos; his 2 daughters, Normenia Paiva and her husband Jose of Dartmouth and Hortense Soucy of Acushnet; 1 son, Dennis Matos and his wife Noelia of Acushnet; 8 grandchildren, Olivia, Allison, Ethan, Joseph, Tatum, Quinn, Jacob and James; 2 great-grandchildren, Xavier and Nash; his sister, Maria Rosanina of New Bedford; his brother, Joao Matos of Dartmouth; as well as several nieces and nephews.

He was also the brother of the late Virginia Vicente and the late Manuel Matos.

His visiting hours will be held on Thursday, October 21, 2021 at Perry Funeral Home from 5:00 P.M. – 8:00 P.M. His funeral will take place Friday morning, beginning in the funeral home at 9:30 A.M. and followed by a Mass of Christian Burial at Our Lady of Mount Carmel Church at 10:30 A.M. Burial will immediately follow in St. John’s Cemetery.