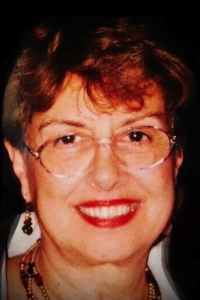 Josephine “Josie” McGrath, 91, of Lowell, passed away on October 15, 2021, at Blair House in Tewksbury, MA, where she resided for her last several years. She was the widow of the late James J. McGrath of Lowell. She was born in Lowell on December 16, 1929, and was the daughter of the late John and the late Justina (Teixeira) Fernandes. She was educated in the Lowell school system until her mother's passing, at which time she went to live with her Aunt and Uncle in Swoyersville, PA.

Josie returned to Lowell, met and married James McGrath, where they raised their family. Josie helped her husband with his many businesses and properties over the years. She was an avid community volunteer and worked as a Teacher’s Aide at the Franco American School, the YMCA, Lowell Telecommunication. She was a devoted member of Al-Anon for many years.

Josie was an incredible woman with many talents and hobbies. She had a beautiful voice and shared this in many venues, including shows at the Knights of Columbus in the 1960’s and then later at the Sacred Heart Shows directed by Michael Lally. She was the force that gathered everyone around the piano on holidays. She sang while her sister played. She was an inventive and creative woman, always working on various craft and home projects. She also loved the time she spent with family and visitors at the family beach house in Seabrook, NH.

She was predeceased by her husband, James, and her sister, Mary Faias.

Her funeral will begin on Saturday, October 23 at 10 a.m. at the funeral home, followed by her funeral Mass at 11:30 a.m. at Immaculate Conception Church, 144 East Merrimack Street, Lowell. Luncheon to follow.