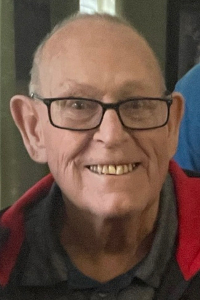 Herbert Herman Rowe of New Bedford MA, died peacefully at home on Friday October 15, 2021 at the age of 83. He is survived by his wife, Michelle (Zussy) Rowe, his two sons, Dr. David Rowe of Pepper Pike, OH and Daniel Rowe of Berlin, MA, his stepchildren, Roland Normand, Kelly Carvalho, and Bridget Wang, his brother, Gordon T. Rowe and his wife Kathleen Phanuef of North Grafton MA, his nephews, Ricky Lee Watson and wife of Nashville, TN, Alex A. Rowe and wife Amanda of Augusta, GA, and Nicholas H. Rowe of North Grafton, and his niece Monica L. Rowe of North Grafton.

He was predeceased by his wife Patricia Virginia Leaman Rowe in 1996, his father, Herbert W. Rowe and his wife Retha Sell Rowe; his biological mother, Thurley Rowe, his sister, Barbara Isabelle Rowe Watson and her husband Charles, as well as his nephew, Charles "Chuck" Watson.

He was born on July 29, 1938 in Island Falls Maine. He served in the U.S. Navy as a radio operator and ultimately as an engineering foreman at Raytheon. He loved many things in life, especially his multitude of grandchildren. He was uniquely loved by all as a kind soul with a calm demeanor who would help out anyone for anything. He will be very missed by all of the people that his light has touched.