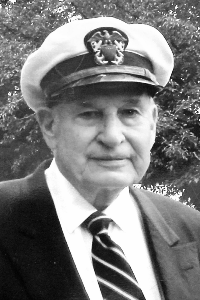 Age 97, died on October 15, 2021. Born September 5, 1924 in Gardner, MA to Marta (Heinrichs) and C. Harry Kuniholm, Carl graduated from St. Johnsbury Academy and Dartmouth College ‘47. He served in the U.S. Navy. He met and married Theda Harriet (Schmidt) in 1948. They settled in Gardner and later moved to Wellesley Hills, MA. There they raised their family of three children; daughter June Theda, and sons Carl Steven and Richard Hermann Harry.

Carl was predeceased by Theda, in 1990. Later, he met and married Lois May (Lewan) in 1995. They made their lives together residing in Boca Raton, FL and in Woodstock, VT.

Those who knew Carl, knew his love and his devotion to his ancestral Finland. He travelled there many times, enjoying the love of the waterside cottage in Peepurn, where as a child he summered and Helsinki where he often visited with his many uncles, aunts, cousins and extended family. All who knew him well enjoyed his Swedish joketelling and skoal songs.