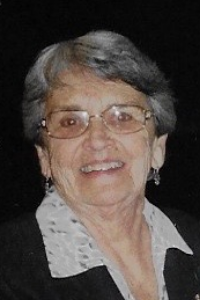 In Taunton, Jean B. (LaPointe) Poole, 87, of East Taunton, passed away following a brief illness on October 13, 2021. She was the wife of the late Kenneth A. Poole Sr. Born in East Taunton in 1934; she was the daughter of the late Wilfred M. LaPointe and Beatrice C. (Cardin) LaPointe.
She is survived by her four children; Kenneth A. Poole Jr. and his wife Dawn of Taunton, Cynthia M. Swisher of East Taunton, Vicki A. Cappiello and her husband Michael of Dighton, and Kevin P. Poole and his wife Tricia of Bridgewater, her six grandchildren; Sarah-Jean Swisher of East Taunton, Jack, Tom and Christian Poole of Boston, and Kyle and Lauren Cappiello of Dighton, and her beloved great grandchild, Maria DeMoura of East Taunton, who all lovingly referred to her as their “Babba”. She is survived by her brother, Ronald LaPointe of Northport, FL and is predeceased by her brothers; William L. LaPointe of Dighton and David W. LaPointe Sr. of East Bridgewater. She leaves behind her nephew, who was like a son to her, Thomas LaPointe and his wife Janis of Enfield, CT, and also several other dear nieces and nephews.
Jean graduated from St. Mary’s High School and continued her education at St. Anne’s School of Nursing in Fall River, MA. Jean and her late husband spent their early married years in Tehran, Iran where their first son Kenny was born. They continued growing their family back in the United States on Red Lane in East Taunton, MA. She spent her career as a registered nurse working for Dr. Hamilton B. Wood in Taunton, MA for many years. Jean enjoyed crafting, knitting, crocheting, gardening, and most of all, spending time with her grandchildren and great-grandchild as an integral part of their growing years. She spent the last few years of her life as a resident of the Life Care Center of Raynham, and the family would like to thank all that loved and cared for her.
Relatives and friends are invited to visiting hours on Tuesday, October 19th from 5-8pm. and will take place at O’Keefe-Wade Funeral Home, 70 Washington St., Taunton, MA 02780. Funeral from O’Keefe-Wade on Wednesday, Oct 20th at 9:30am. Followed by a Mass of Christian Burial at Holy Family Church in East Taunton, MA. at 11am. Burial will follow at Knollwood Memorial Park in Canton, MA.