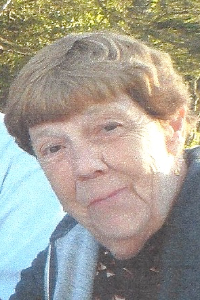 Elsie M. (Rapoza) Souza, age 91, of Norton, passed away peacefully, in the presence of her loving family on Wednesday, October 13, 2021 at The Village at Willow Crossings in Mansfield. She was the beloved wife of the late Anthony Souza, Jr., to whom she was wed for over sixty-five years at the time of his death on December 30, 2017.

Born in Taunton, MA on July 1, 1930, she was a loving daughter of the late Antonio and Maria (Braga) Rapoza.

Elsie grew up in Taunton and was educated in Taunton Public Schools. She had made her home in Norton for the past fifty-seven years and prior to retiring had worked as a Teacher’s Aide at the J.C. Solmonese Elementary School in Norton, where she was loved and adored by her students and fellow workers.

A communicant of Saint Mary’s Church in Norton, Elsie’s family was truly the essence of her life. The love she showed towards her family and those around her was unconditional and the lifelong memories she created will live on in their hearts forever.

Elsie’s hobbies included playing piano, watching the birds that frequented her yard and the simple pleasure of going out for lunch with family and friends alike.

She is survived by her devoted children: Judith Panaikas of Taunton, Anthony Souza of East Taunton, Joyce Joubert of North Dighton, Joan Tipton of East Falmouth, Jean DeSousa of Taunton, Thomas Souza of Norton and James Souza of Boston. She was the dear sister of the late Susie, Dorothy, Genevieve, Tony, Johnny, Joe and Manny and is also survived by her cherished grandchildren, great grandchildren, as well as her loving nieces and nephews.

Her Funeral Mass will be celebrated on Monday, October 18th at 11:00 A.M. in Saint Mary’s Church, 1 Power Street, Norton. Burial will follow at Saint Joseph’s Cemetery in Taunton.