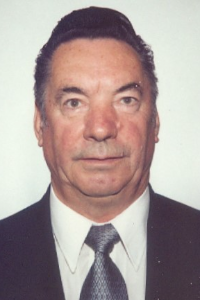 Anthony “Tony” Zanelli, age 88, of Medford passed away on Tuesday, October 12th at Melrose/Wakefield Hospital. Born and raised in Tosca di Parma, Italy, he was the son of the late Bernardo and Angiolina (Bertorelli) Zanelli. Tony immigrated to the U.S. in 1952, settling in Medford where he worked as a Tile Setter and raised a family.

Tony enjoyed making wine and tending to his garden. He loved his wife’s homemade pasta and sauce, a cup of Dunkin Donuts coffee on his Sunday rides to Revere Reach, and most of all spending time with his family.

Tony was the beloved husband of 63 years to Bruna Zanelli, and the devoted father of Marina Zanelli of Medford, and John Zanelli of Los Angeles, CA. He was the dear brother of Rita Pontremoli of Italy, and the late Ray Zanelli and Janet Pontremoli. Tony is survived by many loving nieces and nephews.

Relatives and friends are respectfully invited to visit with family on Sunday, October 17th, from 2 through 6 PM in the Dello Russo Funeral Service, 306 Main St., Medford. Funeral services will be held privately.

In lieu of flowers contributions may be made to the Pancreatic Cancer Action Network, online at: www.PanCan.org.