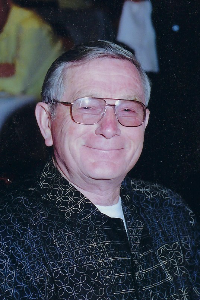 Patrick J. Walsh Sr. of Canton passed away October 9th at home surrounded by his loving family. Born and raised in Galway, Ireland he immigrated to the United States at age 22 and has lived in Canton since 1971. He was proud of his Irish Heritage and was a member of the Irish Cultural Centre in Canton. Pat was an active supporter of the Arc of South Norfolk and enjoyed traveling and spending time with his grandchildren. He was a carpenter from a young age, starting his own business, PJ Walsh Construction Company in the early 1970’s and it evolved into Walsh & Son’s Construction Company when his boys started working for him. He was a member of the Army National Guard for two years in Fort Dix, New Jersey.
Beloved husband for 55 years of Nora M. (O’Regan). Father of Timothy F. Walsh and his wife Paula of Canton, Robin M. Walsh of Walpole, Joanne B. Walsh DeRossette of Canton, and the late Patrick J. Walsh Jr. and his wife Lisa M. Walsh of Canton. Brother of James Walsh of County Meath, Patricia Buckley of AZ, Cecelia Ayoub of AZ, Veronica McDonough of Burlington, Ann Crosby of Bridgewater, and the late John Walsh, Mary Keleghan, Francis Walsh and Theresa Walsh. Grandfather of Patrick J. III, Michaela, Julia, Timothy, Paul, Abigail, and Declan. Visiting hours at the Dockray & Thomas Funeral Home 455 Washington St. Canton Friday from 4-8 pm. Funeral Mass will be held at the Irish Cultural Centre 200 New Boston Dr. Canton Saturday morning at 10:00 am. Burial to follow at Canton Corner Cemetery. Donations may be made in his memory to the Irish Cultural Centre 200 New Boston Rd Canton, MA 02021 or to Life Work's Rockwood House 789 Clapboardtree Rd Westwood, MA 02090