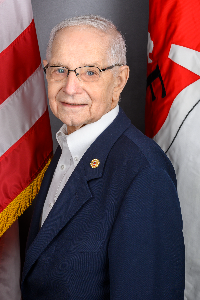 Joseph John Cantalupa, retired firefighter, passionate union leader and more passionate family man passed away peacefully on Monday, October 4th in the arms of a loving family at the age of 87. Born in Boston on January 11, 1934 to Tony and Angie Cantalupa and raised in Somerville he was a loving son and the oldest brother to six sisters and a brother growing up in the Nunnery Grounds and its tight-knit states street neighborhood off of Broadway.

Not long after graduating Somerville High School in the class of 1951, Joe entered the United States Army serving on active duty in Germany from 1954 to 1956. Though a period of political tension in the world, he found time to experience Europe during those years frequently traveling while on leave. Joe carried many fond memories of that time for the rest of his life sharing them in what would become his trademark - story telling. Returning to Somerville, he met the love of his life, Lois Padula, one spring day at Eddie’s Lunch on Broadway in Somerville in 1959. She was on lunch break as was he. They were married in September, 1960, started a family and embarked on what would be a wonderful 61 year marriage.

In June, 1970 Joe joined the Medford Fire Department and shortly thereafter became the President of Medford’s Local 1032 union. It was the beginning of what would be an extraordinarily fulfilling career for him. He served as the local union president for 22 years. In 1988 he was elected to statewide union office as the Historian of the Professional Firefighters of Massachusetts (PFFM) serving there until his retirement in 1999. Upon retiring he was appointed Historian Emeritus, a role that he held until his death. In 2015 the PFFM established the Joseph J Cantalupa Lifetime Service award and he was its first recipient. In 2018 the Medford Fire Department established its annual leadership award in his name. And in 2020 the International Association of Firefighters presented him with its Leadership Award for Outstanding Service, Dedication and Leadership.


Joe was a lifetime lover of all things sports and always had the most current and accurate advice on who the best up-and-coming athletes were just about to arrive on his favorite professional sports teams - baseball, basketball, football and hockey. He loved history and geography and read up on both whenever he could. He recently returned to Italy for a memorable trip with his family and could regularly be found at Fenway Park, making golf memories with his son and grandson, yelling at televised sports from his easy chair or sneaking food (typically hot dogs) behind Lois’ back. Oh yea, the families’ dogs loved him too.

Known to have a glass of merlot in hand and a childlike grin on his face, Papa always made sure his grandchildren and family knew how much he loved them and how proud he was of them. Joe’s love, laughter, passion and commitment to family was infectious and spread throughout all the traditional family gatherings including the Cantalupa family holiday party (60 plus year running), the “seven fishes” of Christmas Eve and the annual Fourth of July cookout at his sisters’ houses in Tewksbury which always culminated in a game of killer softball.

Joe truly lived for all of us. If you knew him, he reveled in your successes as if they were his own, he loved you and you would never forget him.


In addition to his beloved Lois, Joe’s family includes his children, Michael Cantalupa and his wife Marie of Winchester, and Lauren Mitchell and her late husband John of Lynnfield. Joe was a loving papa to Andrea Cantalupa of Cambridge and Nicholas Cantalupa of Winchester. He was a caring step papa to Connor and Cadence Difiore of Reading, Cara Mitchell of Merrimac and Megan Mitchell of Eagle Bridge, NY. Joseph shared a special bond with his nephew James Difiore of Tewksbury and his niece Anne Lewis of Reading. Joe was a dear brother to Rita DuCharme and her late husband Leo of Billerica, Mary Nutting and her husband Bill of Scottsdale, AZ, Ann Cantalupa of Arlington, Theresa O’Keefe and her late husband Donald of Medford, Barbara Lonergan and her husband Ed of Nahant, the late Eleanor Deveau and her late husband Alphee, and Anthony Cantalupa and his surviving spouse Kathy of Somerville. He was the dear brother in-law of the late Janet Difiore and precious companion of Champ, Gavin and Maggie, beloved family dogs. Joe also leaves many, many loving nieces, nephews and friends.

Joe’s funeral will be from the Dello Russo Funeral Home, 306 Main St., Medford, Wednesday, October 13th at 10:30 AM, followed by a funeral mass celebrated in St. Joseph Church, 118 High St., Medford, at 11:30 AM. Services will conclude with burial at Oak Grove Cemetery, Medford. Relatives and friends are respectfully invited to attend and may visit with the family on Tuesday from 4 to 7 PM.

In lieu of flowers contributions may be made in Joseph’s name to the PFFM Foundation, 2 Center Plaza, Suite 4M, Boston, MA 02180.