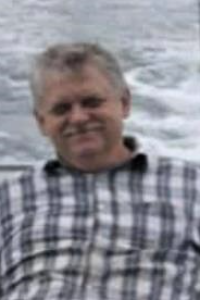 He leaves his children, Veronica L. Clemens and her husband, Dan of Boxford; Michelle M. Zielinski of Shrewsbury; Elzbieta I. Zielinski and Sebastian M. Zielinski both of Southbridge, two grandchildren, Kayden and Ronan, a brother Ryszard Zielinski and his wife, Anna of San Tan valley, AZ, along with nieces, nephews and many friends he considered family he held dear to his heart. He was born in Gorzow, Poland. Predeceased by a brother, Henry Zielinski and parents Jan and Jadwiga (Adamczewski) Zielinski. He traveled overseas to the US at the age of 11 where his family then resided in Worcester Ma. He spent many years in Shrewsbury Ma. with his previous wife, Kinga (Galanek) before residing in Southbridge Ma.

Bogdan attended St. Mary's in Worcester and graduated from Worcester Boys' Trade High School in 1974. After graduating he was employed by Morgan Construction and Coppus Engineering as a machinist, supervisor and engineer. He always dreamt of becoming his own boss so in 1991 he did just that. After many days and nights of hard work he opened his business, B&K Precision, Inc., located in Shrewsbury. B&K became a successful programming, milling and threading operation. As his business grew he relocated to a larger facility in Dudley, where he renamed his operation Meva Manufacturing Co.

He was an active member of St, Andrew Bobola Church and served on its Finance Board, attended Our lady of Czestochowa Church, Worcester and was a dedicated alter boy back in Poland.

Outside of work he enjoyed spending time and entertaining with family and friends. The family spent many years enjoying the beach life in Old Orchard Beach, Maine where he built a house in 1985, and insisted you try one of his delicious omelets. Some of Bogdan's recreations included riding his motorcycle, taking his boat out on the ocean and chartered deep-sea fishing. He loved to travel, even if it was just a day trip to the coast, western Massachusetts, or to Northern New England where he loved to ride his ATV through the woods. The trails were his escape. Once discovering this he gained a great passion for it. When more time allowed he planned many cross-country road trips, visited Alaska, Mexico, the Caribbean and back to his home country Poland.

Bogdan thrived off of making people happy! Whether it be through his animated joke telling or his generosity, to create laughter and make you smile was the goal. His heart was big and always put others before his own. He also had a great passion for music where we will carry on his memory in the lyrics. His infectious laugh and joyous energy will be so very missed. We are confident he is guiding beside us and ask you celebrate his life with joy and peace in your heart.