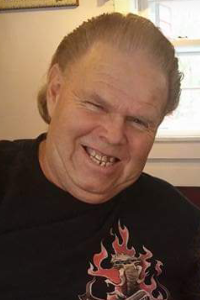 LEICESTER: Alan T. "Moose" Popowicz,74, of Grove St., died suddenly, Monday, Oct. 4 at his home.
He leaves his son Michael Popowicz and his significant other, Tiffany Robinson of Marshville, NC, his daughter Michelle Lesniewski and her significant other Steve Prest of Brimfield, his grandchildren; Christian, Cayden and Mayda, his brother Robert A. Popowicz of Brookfield, his sisters Donnamarie Marhefka of Spencer and Charlene Carrington of Leicester many nieces and nephews. He is predeceased by his brother Paul Popowicz in 2019.
Moose was a trucker for Lajoie Brothers Transport in Charlton from 1997-2018 before retirement.
He was born in Worcester, the son of Theodore and Charlotte (Erickson) Popowicz and later served his country during the Vietnam War with the U.S. Army.
The funeral for Alan will be held on Saturday, Oct. 9 from the MORIN FUNERAL HOME, 1131 Main St., Leicester with a Mass at 10 a.m. in St. Pius X Church, 1153 Main St., Leicester. Calling hours are Friday from 5 to 7 p.m. in the funeral home. In lieu of flowers, contributions may be made in his memory to Leicester Food Pantry, 759 Main St. Leicester, MA 01524.