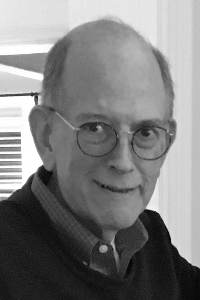 A gentle man of keen wit and profound curiosity, Charles (also called Charley or Chuck by friends and family) was born in Nevada, Missouri on May 2, 1945 to Mary Elizabeth and Harry Shubert.

His professional life was spent in the fields of computer technology and software design. This included roles with Com-Share, Inc. in Ann Arbor, Michigan, as well as the Computer Corporation of America and Lotus Development Corporation in Boston and Tufts University.   He spent the last almost two decades of his career at MIT, where he developed and led the STAR program (Software Tools for Academics & Researchers) – a multidisciplinary program that develops innovative tools for teaching fundamental scientific concepts.

Charley cared passionately about his work, and about helping others grow, professionally and personally. Consistent with this, all of the STAR tools are available on the web at no charge to teachers and students everywhere. This generosity was not confined to his professional life. He shared his good fortune with others through regular giving to multiple charitable organizations and his well-known lavish tipping at restaurants.

Both smart and wise, he also had a hilarious, deadpan sense of humor, and was a gifted story teller, and delighted in the exchange of ideas in whatever setting he found himself.

Above all, he was a loving and much-beloved husband and father and friend.

He was pre-deceased by his son Sean and is survived by his wife of over 51 years, Janelle (Jan) Shubert.

A celebration of Charley’s life will be held at a later date. Donations in his name may be made to the Massachusetts General Hospital Cancer Research Center.