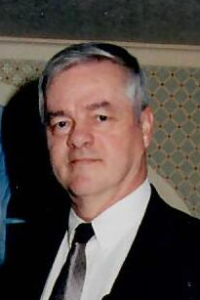 LEICESTER: Paul A. Lavallee,79, of Leicester, died peacefully at Overlook Masonic Home on Thursday, Sept. 30.
He leaves his wife of 56 years, Ann J. (McCurry) Lavallee, his sisters; Joan Lane of Worcester, Aline Fitzgerald of Charlton, Linda Carter and her husband William of Fullerton, Calif, and Denise Richard and her husband Emery of New Brunswick, Can., many nieces and nephews. He was predeceased by his sisters Janet Ciborowski and Sandra Osborn.
Paul was a purchasing agent for Parker Metals in Worcester for many years, retiring in 2003.
He was born in Worcester, the son of Albert and Noella (Hamel) Lavallee and later graduated from Holy Name High School in 1960 and attended night courses at Assumption College in Worcester, graduating in 1983. Paul and Ann visited many areas of the U.S. and Canada and enjoyed going to several of the U.S.S.McCaffrey Reunions. He served his country with the U.S. Navy during the Cuban Missile Crisis.
He was a member and past president of the Harmony Club in Worcester, member and past president of the Holy Name Alumni Association, the Greendale Retired Men's Club and past director of the Holy Name Alumni Office.
Paul's funeral will be held on Tuesday October 5 at 10:00 AM in MORIN FUNERAL HOME, 1131 Main Street, Leicester burial with Military Honors will follow in Rural Cemetery, Worcester. Calling hours are Monday, Oct. 4 from 4 to 6 p.m. in the funeral home. In lieu of flowers, contributions can be made to the Tin Can Sailors, Inc. P.O. Box 100, Somerset, MA 02726.