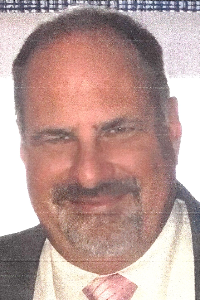 William H. Schmidt, age 59, of Mansfield, passed away unexpectedly, yet peacefully on Sunday, September 26, 2021 at South County Hospital in Wakefield, Rhode Island. He was the beloved husband of Donna M. (Tummillo) Schmidt, to whom he was wed for thirty-seven years.

Born in Milwaukee, Wisconsin on April 5, 1962, he was a loving son of the late Herbert and Mary Ann (Tinschert) Schmidt.

Bill spent his early childhood in Milwaukee and in 1969, his family moved to Canton. He was a 1980 graduate of Blue Hills Regional Vocational High School, where he also received his Associate Degree and later attended Stonehill College.

A resident of Mansfield for the past thirty-six years, Mr. Schmidt was the proud owner of Software Consulting Network, Inc in Mansfield, a company he founded and successfully operated for over thirty years.

Bill’s greatest gift in life was his treasured family. He especially loved being with his grandchildren and was always happiest at the beach. He will always be remembered for his kindness, his big heart, his commitment to family and the wonderful memories he created at their home in Dennis.

Bill was an avid New England Patriots fan and a longtime season ticket holder. He enjoyed drinking beer with friends and family, and along with his family was a communicant of Saint Mary’s Church in Mansfield.

In addition to his beloved wife, he is survived by his devoted children: Jaclyn M. Walsh and her husband Chris of Mansfield, Tyler W. Schmidt and his girlfriend Katharine Ciras of North Attleboro and Brian M. Schmidt and his girlfriend Jill Day of Mansfield. He was the cherished grandfather of Jacob C. Walsh and Aria G. Walsh. He was the dear brother of Paul F. Schmidt and his wife Lyn of New Hampshire and Karen M. Kilroy and her husband Thomas, Jr. of Stoughton. He was the adoring godfather of Jennifer Cupoli of West Bridgewater and is also survived by his loving nieces and nephews.

His Funeral Mass will be celebrated on Friday, October 1st at 11:00 A.M. in Saint Mary’s Church, 330 Pratt Street (Route 106) Mansfield. Burial will follow at Knollwood Memorial Park in Canton.