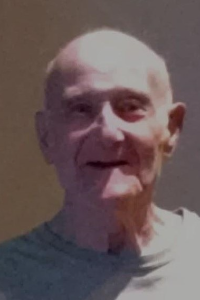 W.BROOKFIELD/EAST BROOKFIELD: Ronald G. Wagner,84, died Saturday, Sept. 25 in Brookkhaven Assisted Care in W.Brookfield, his home for the past 11 years.
He leaves his sister Louise M. Carter of Spencer, two nieces Lynne M.Chalifoux of E.Brookfield and Leslie A. Daniels of Sturbridge, a nephew, Brian F. Carter of Spencer and several great nieces. He was predeceased by his brother in law Francis E. Carter who was like a real brother to him.
He was born in Worcester, the son of the late Donald E. and Blanche M. (Gouin) Wagner, and moved to E.Brookfield as a child and later attended grammar school in E.Brookfield and Worcester Boys Trade School.
Ron worked for several years on the family farm in E.Brookfield before joining the U.S. Army. Upon his discharge, he worked for many years as a machinist and a landscaper for his best friend, Dickie Fiske.
Ron was an avid ice fisherman, Red Sox Fan and enjoyed trips to the race track.
Private funeral services and burial were held in Evergreen Cemetery, E.Brookfield. In lieu of flowers, contributions may be made to Second Chance Animal Services, P. O. Box 136, E.Brookfield, MA 01515. The J.HENRI MORIN & SON FUNERAL HOME, 23 Maple Terr., Spencer is assisting the family with arrangements.