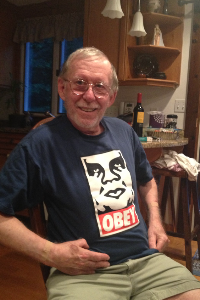 Walter F. Hardiman, age 76, of Canton passed away September 26th. Born in Boston, he was raised in Dorchester and graduated from Christopher Columbus High School and Boston State Teacher’s College. He was an Elementary School Teacher in the Boston Public Schools where he spent most of his career at the Nathan Hale School before retiring. Walter was an avid candlepin bowler and competed frequently on Candlepin Doubles on television. He enjoyed spending time at the beach and gambling at the casinos.
Beloved husband of Catherine A. (Callaghan). Brother of Martha Hardiman of Whitefield, NH. Also survived by several nieces and nephews. Visiting hours at the Dockray & Thomas Funeral Home 455 Washington St. Canton Wednesday from 4-7 pm. Funeral Mass at St. John the Evangelist Church, Canton Thursday morning at 10:00 am. Burial private. Donations may be made in his memory to the Canton Council on Aging 500 Pleasant St. Canton, MA 02021.