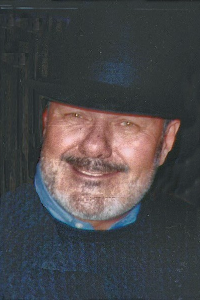 William Phelan passed away peacefully at the age of 82 on September 20, 2021after a brief illness. His loving and supportive family were by his side throughout.

Born in Acushnet on December 19, 1938, he was the son of the late John Phelan and Mae (Welch) Phelan.

He graduated from Holy Family High School, Southeastern Mass University and UMass Lowell with a master's degree in Textile Engineering.

He had an extensive and respected career in the field of manufacturing with a specialization in military uniforms. He worked at Natick Laboratory for several years receiving recognition for quality control designs and Tennessee Apparel. He then ventured into his own business in the same field allowing him to travel the world.

He was a generous man who was always willing to provide guidance and support to his friends and family. He was a devoted and loving father to his five children. Three sons, Shaun, Kevin and Brandon of Westport. Two daughters, Noelle Landry of Florida and Karen (Kenny) Phelan Hart of Westport. Daughter-in-Law, Natashia Phelan of Fairhaven. He was the proud grandfather of Barret (fiancée Kayla) Phelan, Kali Landry, Tarra (Mike) McConnell, Dylan Landry and Cody Amaral. Great Grandfather to Natalie, Mila and Nora. He leaves his dear friend and wife, Brenda Phelan. As well as several nieces and nephews.

At the request of the family all services will be private.