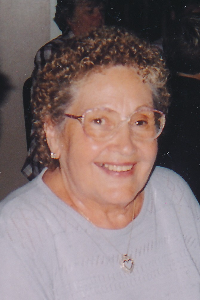 
Helen Mildred Plyler, 98 of Abington, Massachusetts entered eternal rest on September 20, 2021 at home peacefully after a long illness with loved ones by her side. She was the beloved wife of forty-five years to Curtis R. Plyler.

Helen was born in Clayton, MO to Joseph Supitkowsky and Anna (Hardy) Supitkowsky in 1923.

She was a former homemaker and mother to five boys whom she loved very much. She had minimal formal education which never deterred nor slowed her down in anyway with her many pursuits and love for travel.

Prior to her death Helen lived in Massachusetts, Virginia, Hawaii and New Hampshire before returning home to Massachusetts to be closer to her large growing family.

She leaves behind her beloved husband Curtis R. Plyler of Abington, her three sons, Bernard V. Hall, II and his wife Deborah of Bridgewater, Robert J. Hall and his wife Kimberly and Thomas E. Hall and his wife Cindy and daughter-in-law Janice E. (Sherlock) Cox all of Abington and sisters-in-law Margaret Hucks Plyler of Charlotte, North Carolina and Barbara Supitkowsky of Spring Hill, Florida. She was the beloved grandmother of ten grandchildren and fifteen great-grandchildren and loving aunt to many nieces and nephews and had cousins and friends around the country.