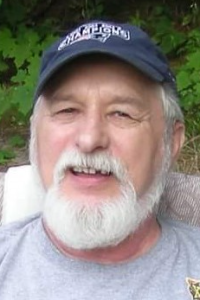 EAST BROOKFIELD: Richard J. "Mickey" Comeau, Sr., 71, of North Street died Monday, September 13 in St. Vincent Hospital after an illness.
He leaves his wife of 50 years, Mel C. (Green) Comeau, a son Richard J. Comeau, Jr. of East Brookfield, a daughter Penny A. Comeau and her significant other Joshua of Spencer, a granddaughter Sereena M. Novia and her husband Richard of Sturbridge, two great grandchildren; Riley Belle & Levi Thomas; a brother George A. Comeau and his wife Bonnie of Spencer, two sisters; Susan Dufresne and her husband Daniel of Auburn and Carol Troiano and her husband Anthony of Oxford and several nieces and nephews. He was predeceased by three brothers; Roger, Ronald, and Bobby Comeau and a sister Elaine Dulmaine.
Mickey was born in Worcester, son of Louis J. and Bridget (Gillette) Comeau. He was a truck driver for Maddix Co. for many years before retiring. He enjoyed hunting, fishing and billiards.
Mickey's first joy was his family. He loved spending time with his wife, children, granddaughter and great grandchildren. He met his wife at the young age of 18 and spent 54 wonderful years with her building a lifetime of memories. He was a wonderful father and an amazing "Papa"" to his granddaughter and a fun "Papa Great" to his great grandchildren.
Mickey spent many years taking annual hunting trips with his hunting buddies and later with his son. He loved going to the Berkshires and spending time teaching his son how to hunt. Mickey loved to go fishing. He took many deep sea fishing trips with his son and many friends.
Mickey was an amazing pool player. He played in many tournaments. His very first date with his wife he took her out to play pool. He was well known for his one handed games and his trick shots and he never failed to try to teach his many nieces and nephews and anyone who was willing to learn.
Mickey loved sitting and talking with his daughter and granddaughter about all his adventures growing up. Anytime either of them were in need he would be right there to help. He loved all the time that he was able to spend with them. He loved sitting and watching videos or playing games with his great granddaughter Riley. They could sit for hours and color on her tablet. Papa great always had a seat on his lap for her.
Mickey loved watching the Patriots play. Every Sunday during football season he would plan a football style dinner and sit and watch the game with his wife and dear friend Charlotte. On occasion over the years he would go and watch it with his son and "The boys"
Mickey was a gentle, kind, happy, fun loving man who was able to touch many hearts in all his years. He was the type of man who could walk into a room full of 50 strangers and walk out with plans with 25 of them and create life long friendships. He never hesitated to help anyone in need and would always leave them with a smile. His home was known as the "Comeau" home for wayward boys and girls. Because if there was anyone ever in need for a place to stay even for a night he always opened the door and his arms to anyone in need.
A Celebration of Mickey's life will be held on Oct 15th, at 3 pm at Indian Lake Church, 2 Hastings Ave, Worcester Ma . J. HENRI MORIN & SON FUNERAL HOME, 23 Maple Terr., Spencer is directing funeral arrangements. In lieu of flowers memorial donations may be made to St Jude Research Centers, 501 St. Jude Pl., Memphis, TN 38105.