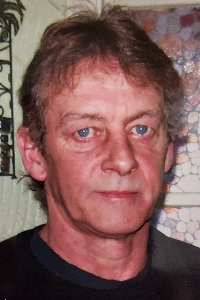 West Baldwin - Robert George Doak Jr., "Bob", "Bobby", 62, of West Baldwin died on September 12, 2021 at his home after a courageous battle with cancer. He was born in Rockland, Maine on April 14, 1959 a son of Robert George Doak Sr. and Muriel Verna (Colpritt) Doak and was educated in Portland schools. He married Lynda Robinson on December 21, 2001.

Bob was always a hard worker. He worked for Fisher Engineering in Rockland for a few years, then worked many years at Gorham Auto Parts. He later worked several more years for Maietta Enterprises and for the Direnzo Co. Bob also worked for Herrick's Recycling, CIA Auto Parts and worked 10 years as a mechanic for the Metro Bus Co. in Portland.

Bob was an avid race car fan. He built race cars and drove at Beech Ridge for many years. He was very proud to have built his own home, along with help from his brother George, in West Baldwin. He enjoyed landscaping around his home, but was usually found working on something in his garage. He will be sadly missed by all those who knew and loved him.

A graveside service will be on Saturday, October 9, at 12 noon at the New West Baldwin Cemetery. Arrangements respectfully handled by Poitras, Neal and York Funeral Home. Online condolences can be expressed at: www.mainefuneral.com

In lieu of flowers, consider a donation to: The American Lung Association, 122 State St., Augusta, ME 04330.