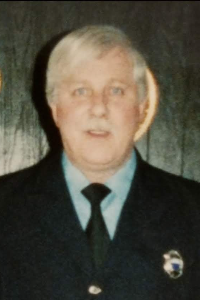 Mel was born in Boston on June 4, 1937, a son of the late Joseph Upton and Emily (Herring) Upton. He grew up in Charlestown where he was educated throughout the Boston Public School System. Mel enlisted into the United States Army National Guard on January 25, 1954 and served his country faithfully and with honor during the Korean Conflict. He was honorably discharged on January 27, 1957 with the rank of Private. Mel was appointed to the Boston Fire Department and was assigned to Engine Company # 56 in East Boston for several years before being assigned to Engine Company #50 in Charlestown and was later assigned to Engine Company #32 in Charlestown before retiring on June 30, 1991 following 30 years of dedicated service to the City of Boston. He was a member of the Boston Firefighters Union Local # 718 and served on the Boston Fire Department Honor Guard. He was a member of Bunker Hill Council #62, Knights of Columbus, Somerville City Club and The Old Charlestown Schoolboys Association. He enjoyed traveling to Wells Beach in Maine, Derry, New Hampshire and could be seen at any particular time socializing on the benches down at the Charlestown Mall.

Mel is the beloved husband of 64 years to Juanita L. "Sis" (Taylor) Upton. He is the devoted father of Cheryl Roy and her husband Tyler, Christine Poore and her husband Rob, Joseph Upton, Kimberly Hall and her husband Robert, Michael Upton and his wife Jessica, and the late Robert D. "Robbie" Upton. He is the loving Papa to Keriann, Kristin, Thomas, Joseph, Alexa, Michael Jr., Nolan, Reese, Nathanand Cash. He is the beloved brother of Maureen Doherty, Blanche Demling, Ruth Capraro, and the late Emily Lorino, Margie Fitzpatrick, Herbert Upton, Joseph Upton, Charles Upton and Jocko Upton. He is also survived by his many loving nieces and nephews.

Relatives and friends are invited to attend Mel's Funeral on Monday, September 20, 2021 at 9 A.M. from The Carr Funeral Home, 220 Bunker Hill St. Charlestown followed by his Funeral Mass in St. Mary's Church, 55 Warren St. Charlestown at 10 A.M. His burial will be at Holy Cross Cemetery in Malden. His visiting hours will be on Sunday, September 19, 2021 from 1 P.M. to 5 P.M. in the funeral home.

In lieu of flowers, kindly make a memorial donation in Mel's name to: