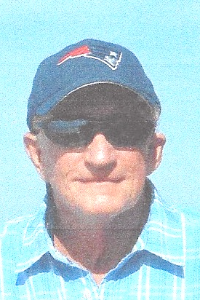 David M. Parker, age 70, of North Easton, formerly of Mansfield, passed unexpectedly on Tuesday, September 14, 2021 at the Good Samaritan Medical Center in Brockton, after being stricken ill at home. He was the beloved husband and best friend of Jan L. (Cote) Parker, to whom he was wed on June 24, 1988.

Dave grew up in Mansfield and was a 1969 graduate of Mansfield High School. While in high school, he excelled in multiple sports, was an All-American Team football player and had a lifelong passion for New England sports.

When younger, Dave attended the Mansfield Congregational Church. He deeply loved spending time with his family, especially playing and teaching his love of sports with his grandson. He also enjoyed times spent at the Mansfield library researching sports memorabilia, collecting baseball cards, playing golf and along with his wife Jan, vacationing in beautiful Southwest Florida.

Dave will always be remembered for his remarkable sense of humor and the ability he had to make others laugh. He had a special place in his heart for his cats “Sasha” and “Chaplin” and at the time of his death was anticipating the birth of his first great grandchild.

In addition to his beloved wife, he is survived by his devoted daughter Tammy A. Wing and her husband Derrick of North Attleboro. He was the cherished grandfather of Austyn Gray and his companion Krista Sharp of Rhode island. He was the dear brother of Randy Tucker and his wife Carol of North Attleboro, Joann Edler of New York and the late John Tucker, the late Cynthia Parker and was the loving uncle of Kristyn Tucker of New Hampshire, Eric Tucker and his wife Diana of Charlton and Leah St. Martin and her husband Steve of Taunton.

His funeral service will be held on Tuesday, September 21st at 11:00 at the Sherman & Jackson Funeral Home. Burial will follow at the Spring Brook Cemetery in Mansfield.

In lieu of flowers, donations in David’s memory may be made to the Mansfield Animal Shelter, P.O. Box 25, Mansfield, MA 02048,