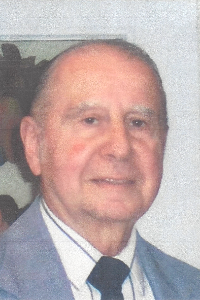 Patrick J. Romano, age 91, of Taunton, formerly of Sharon, passed away peacefully on Tuesday, September 14, 2021 at Morton Hospital in Taunton. He was the beloved husband of the late Rose M. (Budziszewski) Romano, to whom he was wed for fifty-one years at the time of her death on January 15, 2004.

Born in Mansfield, MA on December 15, 1929, he was a loving son of the late Harry and Maria (DeFronzo) Straccia.

Pat grew up in Mansfield and was a graduate of Monsignor Coyle High School in Taunton. He furthered his studies, graduating from Boston College Law School and from Boston University with a degree in Journalism.

Prior to retiring, Mr. Romano was the owner of Broadcast News Service, had been the News Editor for Channel 7 and a Boston Correspondent for ABC. He was very proud that his voice was heard around the world with Voice of America.

He also started a non-profit quarterly newsletter, The New England Catholic News, where he was both editor and publisher for many years.

Pat will be fondly remembered as always chasing a story and for his love of family and strong religious beliefs.

He is survived by his devoted children: Patti A. Anderson of Norton, who was predeceased by her husband Dennis Anderson, Terri L. Kelly and her husband Frank of Scituate, Dennis P. Romano and his wife Chris of Plympton and John J. Romano of Taunton. He was the cherished grandfather of Christine Anderson and her fiancé Dave Lemaire of North Attleboro and the great grandfather of Savannah Rose. He was the dear brother of the late Harry Straccia, the late Albert Straccia, the late Grace Farnsworth, and is also survived by his loving nieces and nephews.

Funeral services, along with burial at Rock Ridge Cemetery in Sharon will be private and visiting hours are omitted.