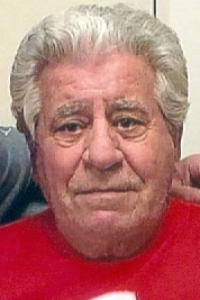 Domenic A. Ranzo, age 84, of Medford passed away on Monday, September 13th. Raised and educated in Boston’s West End, he was the son of the late Frank and Nancy (DiSciullo) Ranzo. Domenic worked as a bus driver for the MBTA, and was a proud member of Local 22 and Local 589. He lived for many years and Revere, and spent the last eight years in Medford. Domenic was good with his hands and could build anything. He was a master miniature ship builder and took great pride in his work. He was also quick-witted and loved a good joke, even at his own expense.

Domenic was the beloved husband of Rita (Capodilupo) Ranzo, and the devoted father of Stephanie Ranzo and her partner Denis Linnane of Medford and Chatham. He was the beloved brother and partner-in-crime of the late Ralph Ranzo and his surviving wife Elaine of Peterborough, NH, and the late Nancy and Angela Ranzo. Domenic is also survived by many loving nieces and nephews.

Visiting hours will be held on Tuesday, September 21st, from 4 - 7 PM in the Dello Russo Funeral Home, 306 Main St., Medford. Relatives and friends are respectfully invited to attend. Social distancing protocols will be followed throughout the service. Interment will be private. In lieu of flowers contributions may be sent in Domenic’s name to the Alzheimer's Association, 309 Waverley Oaks Rd., Waltham, MA 02452.