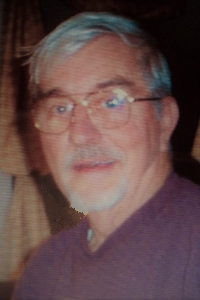 Richard is survived by his 3 sons, Richard S. Izbicki of Worcester, Thomas W. Izbicki of Webster, and Michael R. Izbicki of Charlton. He leaves 6 grandchildren and 6 great-grandchildren. He is predeceased by his sisters, Dorothy Ferguson and Roberta Izbicki. Richard was born in Worcester, and graduated from St. Mary’s Central Catholic High School and the Worcester Industrial Technical Institute and worked for Heald Machinery until his enlistment into the U.S. Army. He attained the rank of Sergeant with the 101 Airborne during the Korean War. Upon discharge he was hired to the Worcester Police Department in 1956. He retired in 1972 due to injury on duty. He worked for several area businesses thereafter.

He loved the outdoors with a passion for hunting and fishing, but his family was his life. He was an accomplished Racing Pigeon Breeder. He won the New England Open, a 600 mile race with 5000 birds released. Richard was a dog breeder and was always see with his “best friend” at his side. He loved camping with his family and friends.