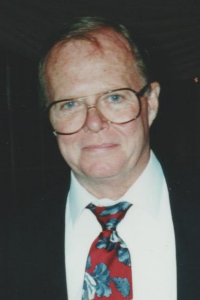 Mr. Hubert “Jim” J. Kane Jr., 77 of Tewksbury, passed away on September 7, 2021, at his home. The son of the late Hubert and Barbara (MacGilvrey) Kane, he was born on February 13, 1944in Darby, PA, and lived most of his life in the Merrimack Valley. He served in the United States Army during the Vietnam War. Mr. Kane worked as a production manager at Malden Mills. He enjoyed boating, and building and fixing things, but most of all he loved to spend time with his family. He is pre-deceased by his parents and his sister Nancy Neary. Mr. Kane is survived by his loving wife Rachel J. (Major) Kane of Tewksbury, three sons: Timothy Kane and his wife Donna of Rumney, NH, Donald Kane and his wife Tara of Methuen, and Raymond Kane and his wife Kimbley of Dover, NH. There are ten grandchildren: Brittney Lee, Derrik Kane, Kyle Kane, Danielle Kane, James Kane, Bella Kruszczynski, Katelyn Kruszczynski, Brendan Kruszczynski, Bryan Kruszczynski, and Ben Kruszczynski. One brother Donald Kane and his wife Mary of Salem, NH and several nieces and nephews.
Services for Mr. Kane will be private. His funeral Arrangements are under the direction of Edgar J. Racicot Inc. Funeral Home 1400 Broadway Rd. Dracut. Online condolences may be shared at www.racicotfuneralhome.com.