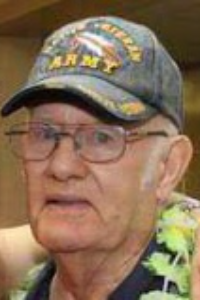 Worcester – Donald R. Richards, 87, of Worcester, passed away on Tuesday, December 29, 2020 in UMass Memorial Medical Center – University Campus after a brief illness.
He is predeceased by his wife of 57 years Nancy “Morning Spirit” (Sprague) Richards who died on January 1, 2020. Mr. Richards is survived by five children, Robin Reshard and her husband, Elliot of Grand Prairie, TX, Donald Richards of Tennessee, Christina Howard of Oxford, MA, Kirk Richards and his wife, Lisa of Worcester and Wendy Fradsham and her husband, Brian of West Boylston, MA; 9 grandchildren; 6 great grandchildren and many nephews and nieces. He is predeceased by a sister, Doris Christian and a daughter in law, Doreen Anderson Richards.
Mr. Richards attended Worcester Boy’s Trade High School and proudly served in the United States Army during the Korean War.
Donald worked for over 25 years as a glazer for National Glass in Worcester, after retiring from National Glass he worked for the Visiting Nurse Association as an escort for nurses. Mr. Richards was a life member of the Auburn Lodge of Elks and the Auburn Sportsman’s Club as well as being an honorary member of the Worcester Intertribal Indian Council.
Donald enjoyed traveling, camping and being at his second home in Florida. Mr. Richards was the happiest when he was spending time with his family, especially his grandchildren. He would often take time and meticulously color Native American photos that were passed down to his children and grandchildren
Burial will be held on Saturday, September 18, 2021 at 9:30 AM in Worcester County Memorial Park 217 Richards Avenue Paxton.
Memorial contributions in memory of Mr. Richards may be made to either the Worcester Intertribal Indian Center PO Box 70055 Worcester, MA 01607 or to NEADS PO Box 1100 Princeton, MA 01541.
To share a memory of Mr. Richards or to sign his online guestbook, please visit www.Royfuneral.com