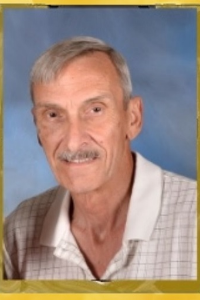 Donald B. Yost, Jr., age 73, of Canton passed away peacefully September 8th at the Good Samaritan Medical Center in Brockton. Born in Brockton, he was a lifelong resident of Canton and graduated from Canton High School, Class of 1965. He also attended South East Regional Mechanical Institute in New Bedford. He enlisted in the United States Army Corp., stationed in Germany and was a proud Army Veteran of the Vietnam Conflict. Don worked as a Draftsmen at the Foxboro Company, then on to being an Electrical Panel Designer/Engineer for Harding & Smith in Norwood. After taking the Harding & Smith’s ‘Early Incentive Retirement’, he did local Home Improvement and General Contracting. He was a former member of the Canton Town Club, a Life Member of AMVETS Post 1977 in Stoughton, and Fraternal Order of Eagles - Aerie 4311 Worcester, Ma. In his spare time he especially enjoyed time spent with his grandsons, being a member of Canton Senior Center, playing pool, simply immersing himself into a good Sudoku puzzle, or Cribbage game.
Beloved husband of 48 years to Diane E. (Kelley). Father of Brian Yost of Patchogue, NY. Grandfather a.k.a. Pop to Brayden and Jaxon Yost. Brother of Doris Perry of Vero Beach, FL, Sandra Alexander of Canton, and Tammy Yost - Fisher of Canton. Brother-in-law of Debra Mayhew and Edward Kelley of Sagamore Beach and Christopher Fisher of Canton. Uncle and Grand Uncle to many nieces and nephews. Lifelong friend of John Crane of Canton. Relatives and friends are invited to viewing from 10:00 - 11:00 am followed by a funeral service at the Dockray & Thomas Funeral Home 455 Washington St. Canton Monday, September 20th at 11:00 am. Burial will follow at the Massachusetts National Cemetery, Bourne Monday, September 20th at 2:00 pm.
In lieu of flowers donations may be made in Don’s memory to the Canton Veterans Fund Canton Veteran’s Council 801 Washington Street, Canton, MA 02021.