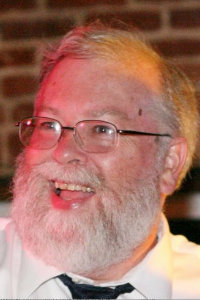 
David R. Young, 67, resident of Whitman, Massachusetts died on September 6th at his home surrounded by loved ones. He was the beloved husband of Julie (Gaides) Young, married since 1972, and just recently celebrated their 49th anniversary.

He graduated from Braintree High School in 1971 with high honors and attended Northeastern University, graduating in 1976 with a Bachelor’s in Civil Engineering. He worked as a licensed structural engineer (P.E.) for over 35 years, working up until his death. He was a respected engineer and maintained professional licenses in almost every state and several countries.

David was an avid New England sports fan and known for his sense of humor. When he found out that his cancer was terminal, the doctor asked him for his reaction to this news. In typical David Young fashion, he told the doctor that while he liked Cam Newton, he was glad the Patriots had let him go. He also possessed the ability to fall asleep in any situation, including while standing during a White Stripes concert. He loved to watch Jeopardy and would frequently answer the questions even when he was sound asleep. David was one of a kind and could find the humor and laughter in every situation, even at the most difficult times.

Memorial donations in David’s memory may be made to Alexander Young’s PMC Kids Ride, to support Dana-Farber and the Jimmy Fund Clinic in cancer research. Please donate to his great-nephew Alex’s ride by following this link: https://profile.kids.pmc.org/canton/YA0048